No Holds by T.C Matson 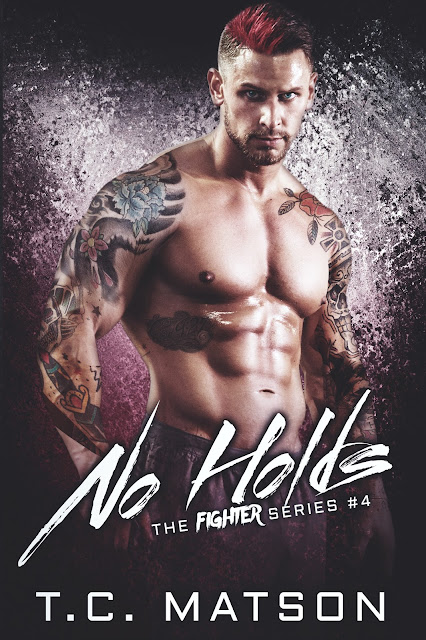 Ryker
I lost the championship.
The contract.
My dignity.

I’ve been offered a second chance.
I’m back with vengeance.
Determined and focused.
I’m going to win the championship.

Just when I thought I had it all planned out, she walked into my brother’s anniversary party. She’s beautiful, exquisite, and has a smile that makes me weak. I need to make her mine. Now I’m not only fighting to win the championship, I’m also fighting to win her.

Whitney
My life was on track…until him.
He’s not my type—an adrenaline junkie who enjoys inflicting pain on others for sport. Tall and tattooed with piercing blue eyes, he’s too sexy to resist.
I didn’t see him coming until he was already firmly entrenched in my life.
Suddenly, I’m falling head over heels for a man I realize I can’t breathe without.
We’re in for the fight of our lives.
And we both have everything to lose. 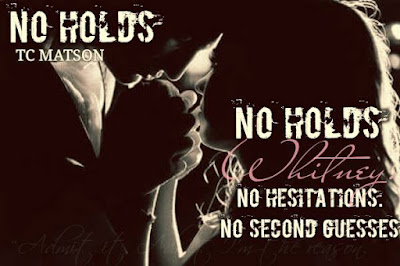 We first met Ryker while he was sparring with his brother Kyce. Ryker and Kyce both are on there way to Sarah and Jackson's fifth wedding anniversary. While at the party Ryker he couldn't keep his eyes off a pretty brunette. He went over and met Whitney who turned out to be the person who planned the party. Gracie finally found Ryker and she was so happy. Ryker was on his way to a friends house when he gets a call from Kyce telling him that Whitney was in the gym.

Ryker is 6 years younger than Jackson, Kyce's brother. MMA fighter, he own's a gym, Gracie's uncle. Jackson is Ryker and Kyce's older brother. He is married to Sarah and Gracie's father. Sarah has put up with a lot of stuff. Married to Jackson and mother to Gracie. Kyce is the baby brother of Ryker and Jackson. Gracie's Uncle.Whitney is an event planner, she opened her own business with the help of her parents. Lily is Whitney's friend. Jay is Whitney's friend. Gracie is Sarah and Jackson's daughter, she has her Ryker wrapped around her finger. 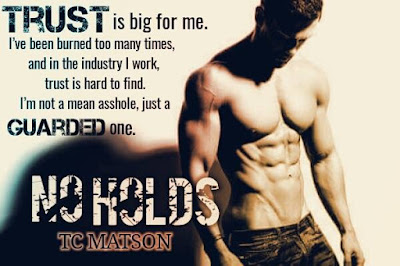 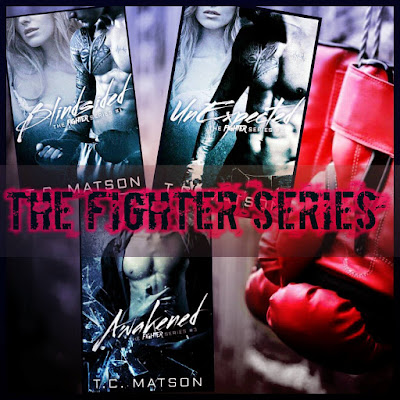 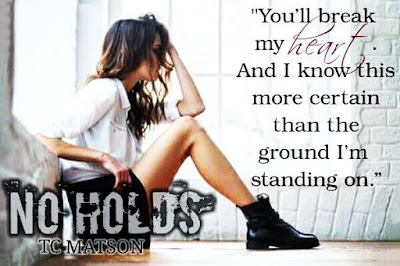 “Dreaming in Reality…You dream in reality when you pick up a book and get lost in it. In my writing, I strive to take you to a place where reality and fantasy become a blurry line. Everything should be relatable. It could happen…couldn’t it?” ~ TC Matson

TC Matson loves to let her character’s voices be heard. With a head full of stories, she puts her keyboard through a beating daily. With an understanding that love isn’t always instant and full of flowers—her writing mirrors it.

She’s a romance junkie at heart and an avid reader. Add those two together and she will devour books within hours, getting lost in the world the author creates.

Matson resides in the peaceful Piedmont area of NC with her husband and three boys, where staying hopped up on caffeine is the key to her sanity. Chaos is indefinite and a sense of humor is an absolute must. 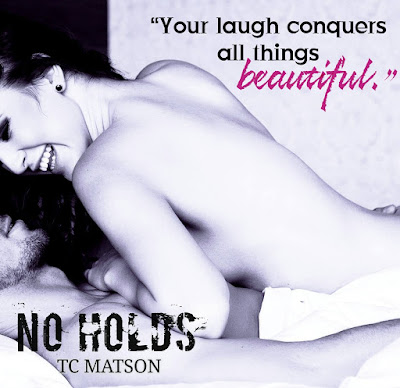 a Rafflecopter giveaway
Posted by LBM Book Blog at 11:00 AM