BEHIND THE DOOR by P.C. Zick

BEHIND THE DOOR
Behind the Love series, book 4
by P.C. Zick 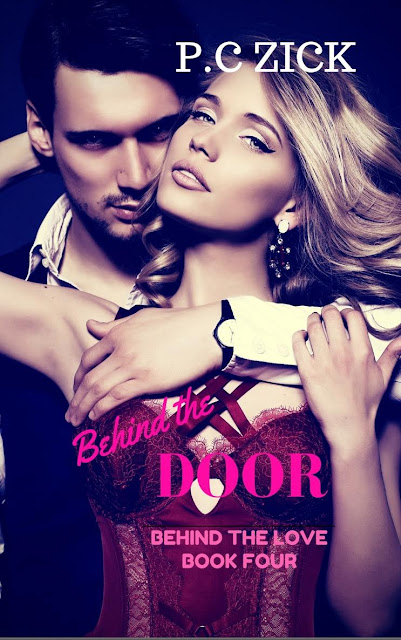 A VOLUPTUOUS WOMAN UNLUCKY IN LOVE. A WOUNDED PSYCHOLOGIST ON A MISSION. AN UNDENIABLE ATTRACTION WITH AN ETHICAL DILEMMA.

Sally Jean Compton is in love. And this time it's with a man who isn't in love with someone else. Dr.Brett Gorman arrives in Victory to help the veterans of Deer River with PTSD symptoms. When tragedy strikes, neither Sally Jean nor Brett are prepared for what happens next.

The shocking aftermath of the terror of PTSD untreated leaves the entire town of Victory reeling. But none are more affected than Sally Jean and Brett who must deal with their own pasts and the trauma left behind. When Sally Jean seeks out the expertise of Dr.Brett, the psychologist of the river folks, they discover an intense attraction that leads them both to learn about themselves.

But before anything happens, Sally Jean must learn she deserves to be loved, and Brett must forgive himself for the death of his friend and his sister, his wife. It's a rocky journey to love.

Behind the Curtain is the fourth novel in the Behind the Love contemporary romance series that features sizzling attractions, dramatic confrontations, and intertwined and complicated lives. Set in the fictional small town of Victory, Florida, friends fight and love and form families of their own choosing.

“GET READY, SALLY JEAN.” Lisa looked directly at one of her bridesmaids and held her wedding bouquet aloft. “This one is for you.”

The other single women who had gathered in the large yard on the banks of the river to catch the bride’s bouquet made way for the tall and buxom Sally Jean Compton. None of the other women felt slighted that Lisa had called out Sally Jean. It was her turn.

Her red bridesmaid’s dress, cut in a deep V, showed off her voluptuous body. She’d kicked off her heels, and now she stood barefoot—toenails painted the same red as her dress peeked out from under the hem. Her blonde hair was drawn up with a red ribbon to one side of her head. Curled tendrils framed the small features of her face.

On her best friend’s wedding day, Sally Jean had reached one of the high points of her life. She never had felt so treasured and accepted by everyone, including the women. The small crowd of folks gathered at the groom’s family home cheered when Sally Jean stepped forward. Lisa let go of the bouquet and threw it over her head. The beribboned vessel flew right into Sally Jean’s waiting hands.

“You’re next, Sally Jean,” the bride declared. The other women standing with Sally Jean cheered, and the men clapped Jimmy on the back. Her date beamed at her, and then blew her a kiss.

Today, it all seemed possible, and the black cloud that had hovered over Sally Jean’s head for her entire life lifted. Love had found its way to her heart, and this time it was real. It made all the difference in the world when the love was returned.

Lisa hugged her. “I better be in your wedding.”

“You better be my matron of honor.” Sally Jean returned the embrace with gratitude. “I’m so grateful we’re still friends after all these years.”

“We’ve been through almost everything together.” Lisa held Sally Jean by the arms. “And we survived.”

“You caught the bouquet!” Jimmy came up behind Sally Jean and put his arms around her waist. He kissed her neck. “Everyone says we’re going to be next.”

“Someone has to ask her very sweetly first.” Lisa touched Jimmy’s face. “Now or never, Jimmy. Better get down on your knee.”

Jimmy looked confused for a second before his eyes widened. He grinned and went down on one knee. The folks standing nearby stomped their feet.

He grabbed Sally Jean’s hand. “Would you please do me the honor of becoming my wife?” Sally Jean nodded, and he kissed her hand. “I don’t have a ring yet, but I will. Real soon, real soon.”

Tommy, the groom, walked over and handed Jimmy the garter he’d removed from Lisa’s leg earlier. He had yet to toss it out to the single men in the crowd.

“Here you go, Jimmy,” Tommy said. “We all know I would throw it to you, anyway. Use this as a promise for a ring.”

“It’s a great conspiracy.” Jimmy stood and kissed Sally Jean on the lips. “You’ve made me a very happy man today.”

“You have no idea what you’ve done for me, James Luther.” Sally Jean’s eyes filled with tears. Maybe for once she’d have what she’d always wanted. Love and a family who cared about one another.

Leah Bryant lives a quiet life helping others. When her future mother-in-law, Geraldine, threatens her causes, she’s left confused by the hypocrisy and befuddled by a stranger who roars into town on a Harley.Dean Davis never wanted to return to his hometown. But when his father dies, he knows he must return and faced his mother, Geraldine, and his ugly past. When Leah discovers the stranger is the brother of her fiancé that she’d been told was dead, she’s drawn to him and furious about the deception. Both are bowled over by an intense attraction to one another. The magnetic pull draws them into a passionate embrace within minutes of meeting.

Leah’s controlled life and Dean’s emotional barriers both shatter and force them to examine their lives. Leah must choose between her safe engagement to Dean’s estranged brother, Jacob, and a dangerously passionate affair with Dean. And Dean must confront the demon from his childhood, his mother. Dean’s fear of loving and Leah’s need for security pull them together, rather than apart.

But none of it will matter if they can’t stop Geraldine, an unhinged woman on a destructive course to abolish everyone who opposes her thirst for power. When Dean and Leah, along with Jacob, threaten her, she goes on a rampage to destroy them all.

Behind the Altar is the first novel in the Behind the Love contemporary romance series that features sizzling attractions, dramatic confrontations, and intertwined and complicated lives. Set in the fictional small town of Victory, Florida, friends fight and love and form families of their own choosing.

Susie Williams yearns for a romantic wedding with her boyfriend of five years. Reggie Barker runs from demands to marry any woman, including Susie. After the wedding of their best friends, Reggie resists Susie’s hints about marrying. He suggests they take a break. An angry and heartbroken Susie kicks him down the road and into the arms of the voluptuous Sally Jean. After Susie is mugged, she discovers Reggie’s gambling debt brought the thugs to Victory to scare him into paying. With her love for Reggie in doubt, she is tempted by a rich publisher and reconsiders her options. Meanwhile, Reggie starts to realize Susie means more to him than the tavern he owns, more than the gambling he’s hidden, and more than any other woman he knows.

But it all might be too late for Susie, who begins to unravel a mystery from a night long ago when Reggie and all the other characters played a pivotal role in her life. And before Reggie can commit to marriage, he must come to terms with a father who abandoned marriage many years earlier Both Reggie and Susie must learn to trust each other before love can ever survive a second chance.

Behind the Bar is the second novel in the Behind the Love contemporary romance series, but it is also a stand-alone romance. Once you read one novel in this series, you’ll want to learn more about the romances that feature sizzling attractions, dramatic confrontations, and intertwined and complicated lives. Set in the fictional small town of Victory, Florida, friends fight and love and form families of their own choosing.

Lisa Williams has discovered a way to achieve her life-long goal of becoming a famous actress by bringing a reality television show to her hometown. Tommy Jackson despises the idea of exploiting the town and hates it even more when his editor assigns him to cover the show for a Tampa newspaper. Lisa and Tommy have known each other all their lives. Tommy even dated her baby sister, Susie back in high school. But he’s not her type, and her values disturb him. Besides, when she returns to town, she comes with her boyfriend, Jet, who will also star in the television show. When Sally Jean makes an appearance on the show, the producer falls in lust with her, and Lisa worries that Sally Jean will be made the star of the show. Tommy is disgusted by Lisa who seems intent on dragging her family and friends through painful memories in her pursuit of stardom.

When Tommy’s mom is diagnosed with cancer, Lisa shows a different side to her character. Sitting with Mrs. Jackson during her final days gives Lisa a perspective on her own life she’s never had before. Tommy and Lisa are drawn to one another through the real-life tragedy unfolding. But first they must deal with an out of control Jet and reality show producer who want to exploit the small town even more as they see the potential of showcasing some of the more famous of Victory’s citizens, such as the fallen football star, the criminal publisher, and a tattoo artist turned farmer. Mrs. Jackson and Lisa’s sister Susie share in the circle of life to bring this dramatic romance to a bittersweet end.

Behind the Curtain is the third novel in the Behind the Love contemporary romance series, but it is also a stand-alone romance. Once you read one novel in this series, you’ll want to learn more about the rest of the romances that feature sizzling attractions, dramatic confrontations, and intertwined and complicated lives. Set in the fictional small town of Victory, Florida, friends fight and love and form families of their own choosing. 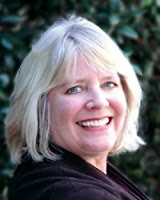 Bestselling author P.C. Zick describes herself as a storyteller no matter what she writes. And she writes in a variety of genres, including romance, contemporary fiction, and nonfiction. She's won various awards for her essays, columns, editorials, articles, and fiction.

The three novels in her Florida Fiction Series contain stories of Florida and its people and environment, which she credits as giving her a rich base for her storytelling. "Florida's quirky and abundant wildlife—both human and animal—supply my fiction with tales almost too weird to be believable."

Her contemporary romances in the Behind the Love series are also set in Florida. The novels in her most recent series, Smoky Mountain Romances, are set in in Murphy, North Carolina. She is currently working on a new romance series, Rivals in Love. Join the Crandall family of Chicago as the siblings find love despite their focus on successful careers. All of her books are stand-alone reads, even if they appear in a series.

Her novels contain elements of romance with strong female characters, handsome heroes, and descriptive settings. She believes in living lightly upon this earth with love, laughter, and passion, and through her fiction, she imparts this philosophy in an entertaining manner with an obvious love for her characters, plot, and themes.

You can keep track of P.C. Zick's new releases and special promotions by signing up for her newsletter by clicking here. For more immediate information, sign up for P.C. Zick’s Lovers of Romantic Tales on Facebook by clicking here.