The Five Stages of Falling in Love by Rachel Higginson 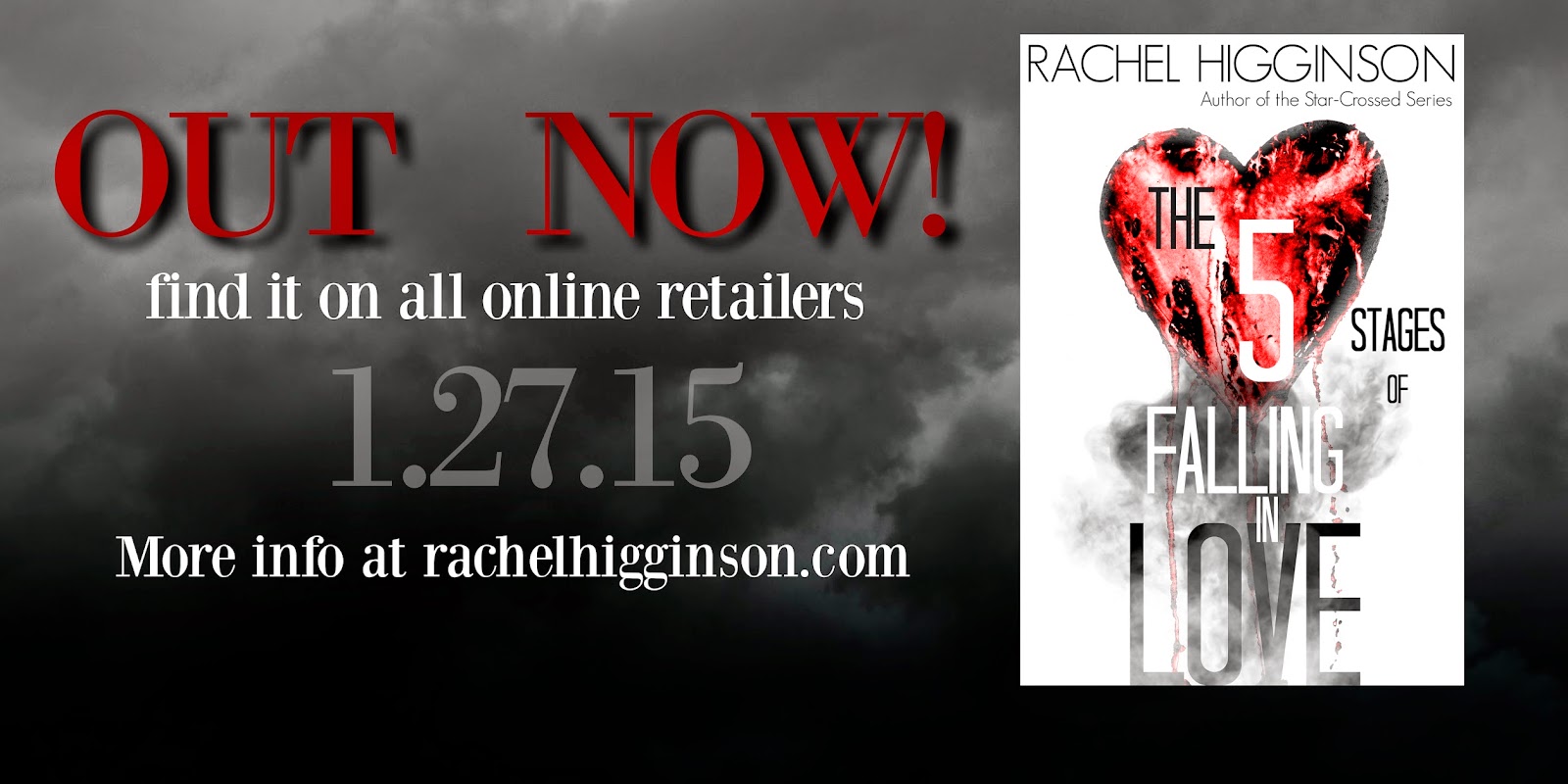 Elizabeth Carlson is living in the pits of hell- also known as grief.
Her husband of eight years, the father of her four children and the love of her life, died from cancer. Grady’s prognosis was grim, even from the start, but Liz never gave up hope he would survive. How could she, when he was everything to her? Six months later, she is trying to pick up the pieces of her shattered life and get the kids to school on time. Both seem impossible. Everything seems impossible these days. When Ben Tyler moves in next door, she is drowning in sorrow and pain, her children are acting out, and the house is falling apart. She has no time for curious new friends or unwanted help, but Ben gives her both. And he doesn’t just want to help her with yard work or cleaning the gutters. Ben wants more from Liz. More than she’s capable of ever giving again. As Liz mourns her dead husband and works her way through the five stages of grief, she finds there’s more of her heart to give than she thought possible. And as new love takes hold, she peels away the guilt and heartache, and discovers there’s more to life than death.

Website Facebook Twitter
Rachel Higginson is the creator of The Star-Crossed Series, Love & Decay Novella Series, The Starbright Series, The Siren Series, Bet on Us and the soon to be released, The Five Stages of Falling in Love! She is also the co-creator of the podcast "Zach & Rachel Take Over the World." She was born and raised in Nebraska, and spent her college years traveling the world. She fell in love with Eastern Europe, Paris, Indian Food and the beautiful beaches of Sri Lanka, but came back home to marry her high school sweetheart. Now she spends her days raising four amazing kids. In the few spare moments she has to herself, she is either reading for hours on end or writing her own stories.