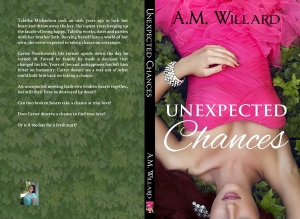 Tabitha Michaelson took an oath years ago to lock her heart and throw away the key. She’s spent years keeping up the façade of being happy. Tabitha works, dates and parties with her brother Seth. Burying herself into a world of her own, she never expected to take a chance on a stranger.
Carter Northwood’s life turned upside down the day he turned eighteen. Forced by family he made a decision that changed his life. Years of lies and unhappiness has left him bitter on humanity. Carter doesn't see a way out of what could hold him back on taking a chance.
An unexpected meeting leads two broken hearts together, but will their lives be destroyed by deceit?
Can two broken hearts take a chance at true love?
Does Carter deserve a chance to find true love?
Or is it too late for a fresh start? 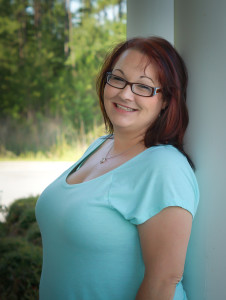 About the Author
A.M. Willard is an Indie author who released her first novella on April 12, 2014. It was the first in a series with One More Night, which released May 21, 2014 and Forever Night, which released August 2, 2014. The One Night series is adult romance with steamy scenes!
A.M. is an avid reader of all genres including but not limited to mystery, romance, and erotica. Her love of all thing's literature has helped her carry out her dreams of becoming a published author. A.M. is one of the luckiest ladies in love, marrying her high school sweetheart 17 years ago! Twelve years ago they were blessed with a baby boy, who about a year ago was diagnosed with Autism and Asperger's syndrome. A.M. and her husband have learned so much about life after looking at the world through their sons eyes. He has strengthened A.M. and is her inspiration and hero.

A.M. got her love of books and reading from two of her favorite authors Stephen King and Edgar Allen Poe. When she's not connecting and chatting with her fans and followers she can be found sailing with her friends and family. Her family fans and followers push her to write even more and keep her going! Look forward to future novellas from this up and coming author! 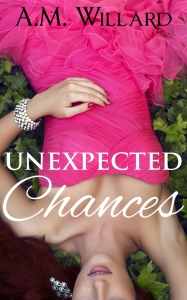 Excerpt
Not expecting anything in return, I’m shocked when I arrive at my office today and see the dozen of white roses with a pink trim around them. I reach in for the card and brace myself for his words.
Words that I’ve missed hearing, so today I’ll take what I can get.
Tabby Cat,
I received the card and thank you. He was a great man and confidant to me for many years. I hope you like the roses.
I think of you every day and dream of you each night.
Carter
“I do too. I do too,” I say out loud to the card, as I reach up to pluck one of the roses out of the vase. Bringing it to my nose, I inhale and release the bottled up anger. I haven’t the slightest idea to how he figured it out, but he did. Carter Northwood figured out my flower. 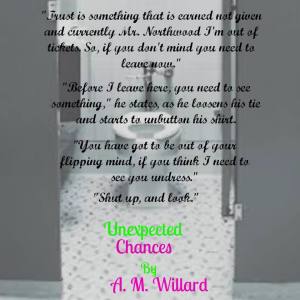 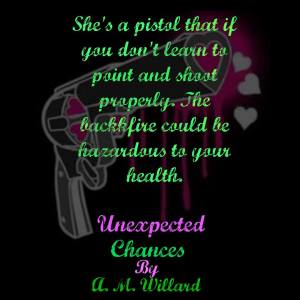 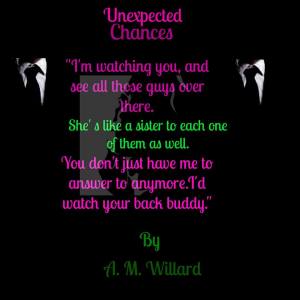 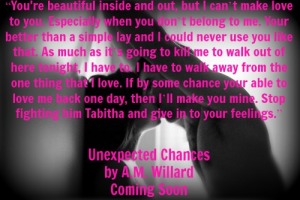